Never give up on what you really want to do. The person with big dreams is more powerful than one with all the facts.

One thing that is common between those who are successful in life, though they often times walk very different paths to achieve their successes is the fact that at certain points in their lives when they could have easily given up, they refused to. The concept of refusing to give up, may be a somewhat cliche or outdated one, but it is one that almost never fails. The attitudes that you consistently display throughout your life will help to write your legacy, refuse to be remembered as a quitter.

Always put your fears behind you and your dreams in front of you. 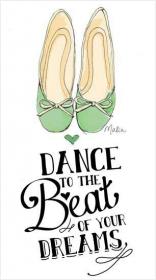 Conquering our fears is where we learn about courage and how it can dramatically change our lives if we are ever able to use the right dosages of it. Practicing courage in our every day lives is very essential to learning and living as a courageous person. Courage is a sort of muscle for the spirit and the mental parts of our bodies.

Make the right choices each day that promote choosing courage over fear, and you will be able to receive the wisdom you truly need to be a success in every aspect of your life! 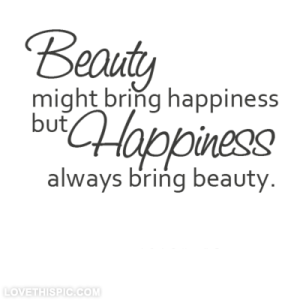 Often times, people feel so beat up by life that they choose to only look at the roughest parts of it, instead of focusing on the beauty. You are beautiful if no one has ever told you, and this isn’t something you should just think every once in a while, this is something that you have got to know to be true in your heart.

We are similar to butterflies in many ways. We can fly where we want to, we can help this earth by adding our own beauty to it, and by showing people things that they would never see otherwise. Let the whole world see how special you are, believe in yourself, and let yourself flutter freely throughout life because of this belief.

You alone are enough you have nothing to prove to anybody. 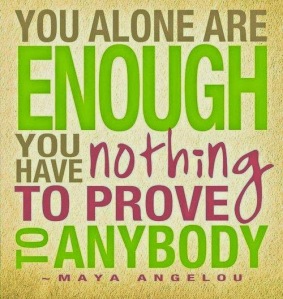 When people truly know who they are, they don’t have to continually prove it to people over and over again. In my experiences, when talking to people who only talk about their own merits, and the things that they feel they have done in their lives, it later comes out that huge parts of their lives aren’t really as great as they would have liked for you to believe.

Real people recognize that they don’t have to prove anything to anybody but their own selves, and they make their moves in life from this belief. Nobody can dream for you, and no one can take away any hope or dream that you have inside of you.

Your mistakes do not define you. 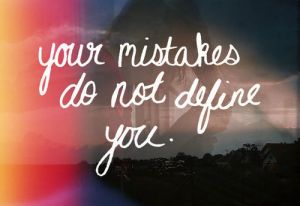 Our first mistake most often when we make a mistake is the fact that we are tempted to become overly emotional about it. A mistake made, can be of infinite value to us for the rest of our lives, and can even help to teach generations for years to come. Especially if the mistake we made is one that we are able to overcome and produce success from.

We aren’t here to try and be perfect because perfection is the one thing that can never be achieved by man. Instead we are here to get dirty, to make mistakes, and to figure out from these mistakes where we went wrong, and where we need to go!

Use the mistakes you have made in your life as building blocks to build the newer parts of your life, never let your mistakes stop you from becoming the person you desire to become.

We were born to be real not to be perfect. 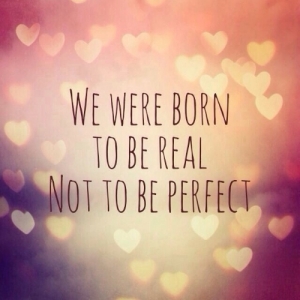 Great people from all over all know that it takes being the real you to be great, not being perfect. If you ever want to achieve a sense of fulfillment in your life you have to be willing to admit that you can never be perfect. Many people mistakenly choose to try and follow some sort of magical train to perfection that will never exist, because being perfect means that you are willing to be judged by someone’s standards other than your own in some shape or form.

This is beside the fact that in our own minds we will always have at least one regret or something that makes us wonder “if” or “could I have” or “should I have.” These alone are perfect proof that we will never be truly perfect in our own eyes. Be real, take aim at life and do what you know is inside of you! You may not reach your goals the way that you thought you always would have, but you will get there some day!

The only person you should try to be better than, is the person you were yesterday. 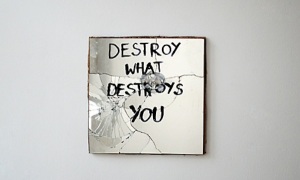 In life we must learn that though there are people who do great things that definitely deserve our respect, they are no greater than we are, and should never be our idols. We may look to others with sincere respect and a sincere amount of love, and we very well should be inspired by the great things that people do. But we should never be so caught up in another person’s greatness that we forget about the greatness we have inside ourselves.

Anything that someone has already done can be accomplished and surpassed by you. You do have the power to do even greater things than the people from which you are inspired by. Believe in your heart that you can show this world how great you are! Work hard in everything you do, and be sure to carry with you a “refuse to quit” attitude as each day passes.